In the land of Normandy on the flow of the River Seine, the Avalon Tapestry II continues a northwest heading down-river to our farthest docking point from Paris, Caudebec en Caux.

Tour guides and ship personnel are fully fluent in English, thus only bits of French language are learned. We gather that Caudebec en Caux rhymes with the English word for the grazing bovines seen in the Norman meadows. I sarcastically wonder if perhaps “Caudebec” is the word for “bus;” it seems everything to be seen from here is via motor coach, often at significant distance.

While Jumièges Abbey was only ruins, our host at Saint Wandrille is the gracious and engaging Brother Lucien. He informs that his home remains a functioning monastery despite some parts having been ravaged by Viking invaders over 1000 years ago (as was Jumièges) and by French Revolutionaries “just” over two centuries ago (as was Jumièges).

We learn these Benedictine monks have a research library of more than 200,000 volumes. They study, pray seven times daily, remain celibate, and make money with two primary trades.

One is the labor of restoring works of art (quaint, solitary, reverent) and the second is (curve ball coming at you) brewing beer! Yes, the monks of Saint-Wandrille Abbey began crafting and selling pale ales for your pleasure in 2016.

The English Channel town of Honfleur was not destroyed by modern warfare and thus exhibits Normandy architecture the way it used to be. Much is a style known as “half-timbered,” which features well-spaced logs filled between with a form of plaster. It claims the largest church in France built solely with wooden timbers, and is now a pricey vacation port.

Surprise! The harbor’s drawbridge (not a relic) was raised at the very moment of needing to proceed to our bus rendezvous; ooh-la-la. (French words!) It doesn’t seem fashionable to be late, so the docking basin is quickly circled and voilà, arrival at the appointed point is at the appointed time.

As tour day 3 ends going back to Caudebec by bus, the buzz began for day 4, which was to be all about D-Day.

Other cruise lines insisted the onboard abodes are “cabins,” not “rooms.” Avalon terms all accommodations “staterooms.”

One thought on “Day3: Abbeys, Honfleur” 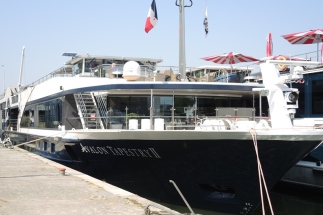 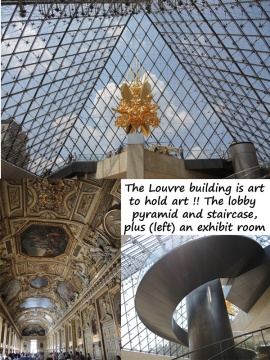 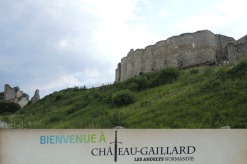 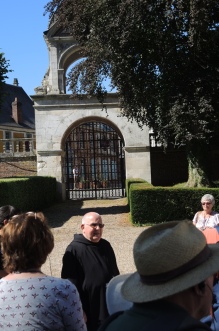 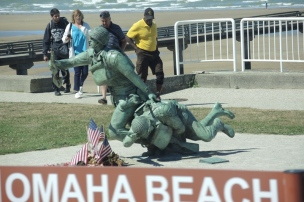 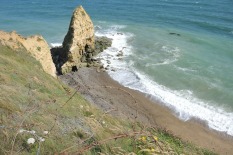 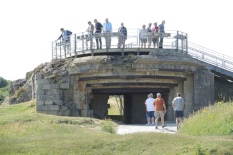 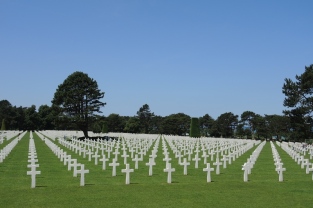 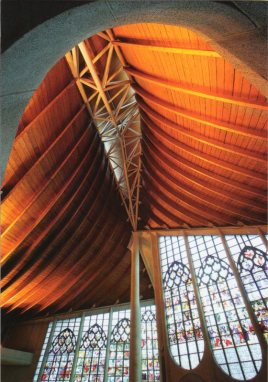